If you visit my street on a Saturday morning in May, you’re likely to find a four-year-old boy chasing a seven-year-old boy on their bikes screaming obscure references only a cycling fan would know.

I had the same conversation with my brother when I was a kid except it was Gretzky and Lemieux, and not European bike racers. That’s not to say we’re a bike racing family. We’re not (at least not yet). But we love riding for recreation, and we love following the sport’s big races via the internet, which are mostly in Europe and finish during breakfast time here in Victoria.

And if it sounds abnormal, it’s my fault. Well actually, it’s Ryder Hesjedal’s fault. He is probably… wait, Ryder is totally the reason I’m training for my fourth straight Tour de Victoria.

A few years before I got into cycling, it was 2010, and I was sitting at the Victoria News sports reporting desk. I took a call from Seamus McGrath, the director of Tour de Victoria and who I knew of as a two-time Olympic mountain biker. He phoned to tell me about this new mass participation cycling event he wanted to create across Greater Victoria. I remember he had to visit all 13 councils from Sidney, to Oak Bay to Sooke.

I said, “So you’re saying, you know this Ryder Hesjedal guy riding to fourth place in the Tour de France?”

That summer I started watching and reporting on Hesjedal each day. My wife and I fell in love with the morning routine of watching Hesjedal and the peloton ride through the French countryside before heading off to work.

But it still took me a five years before I joined the Tour de Victoria on its fifth edition in 2015. 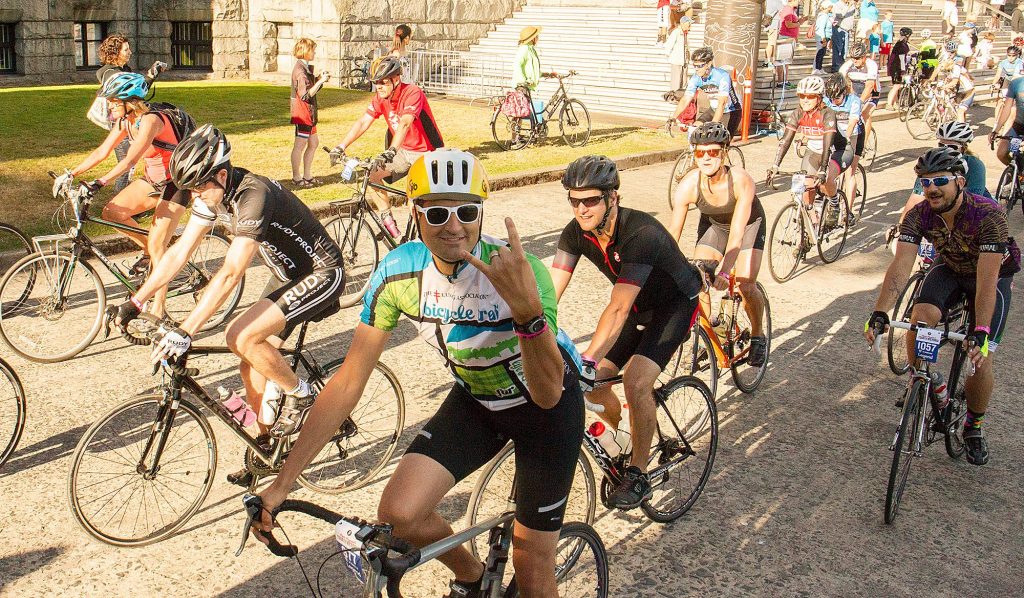 Here I am at the start of the 2016 Tour de Victoria Legend distance of 90km. I’m just a “little over-confident” with the Rock and Roll pose. By the 80km mark the wind had stopped me in my tracks along Dallas Road. I could barely pedal forward and I nearly fell off my bike. (Arnold Lim Photography)

This summer I’m excited to share my journey in the build-up to the 2018 Tour de Victoria. I started in with the 45km from Sidney. I learned I really didn’t know much about cycling or how to train for it, except that I was scared enough to know I needed to get in a lot of rides.

On that 2015 ride I had to stop about 10 minutes in and borrow a friend’s multitool to tighten a broken crank, and then I repeated this act the whole ride (he let me take the tool). The next year I took the bike in for a pre-ride tune up at (the wrong) local bike shop in anticipation of jumping up to the 90km ride and, once again, I had to stop and tighten the crank about five times throughout the ride. 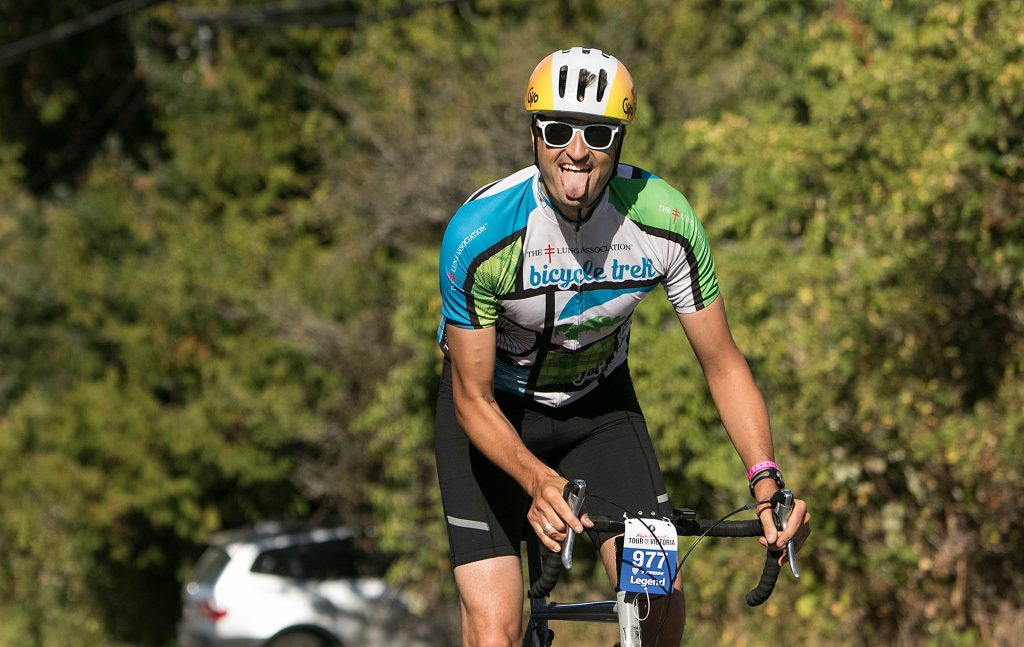 – Again, over-confident pose alert! Coming up the short but steep ramp of Hastings Street in Saanich, towards the aid station in Strawberry Vale. I scarfed a pack of complimentary Stingers cherry flavoured chews. Little did I know, imminent pain and suffering awaited. (Arnold Lim Photography)

To challenge myself again this year, I am making make the jump to the Harbour Air Seaplanes 140km. I’ve never biked beyond 100km, and only hit that mark once, so I’m serious when I say this will be a big jump for me. I am a full time parent, reporter, and masters student, so finding time to bike is not easy.

Look for my upcoming blogs about my painful but rewarding first experiences accomplishing popular local rides that are part of the Tour de Victoria, including the legendary Munn Road hill climb, riding in headwinds, and sneaking on the back of group rides.