We need to talk about the Munn Road hill climb.

Maybe you’ve ridden it before.

If you don’t know Munn, it’s kind of a thing in Victoria.

Tour de Victoria cyclists either have a relationship with Munn, or they’re about to have one.

For starters, it’s serious enough that the fastest recorded times on record for the 3.6km, 4% climb are shared by Nathan Brown (just some guy that wore the polka dot jersey in the Tour de France) and local hero Rob Britton (just some guy who used to live in Victoria and who won the Tour of Utah, the second biggest annual U.S. race).

So, like, if these guys are burying themselves to make sure they have the Strava KOM, you know it’s a thing.

For the rest of us normals, I think we can agree when I say the problem with Munn is not us, it’s Munn.

I mean, seriously, how did Munn get so totally arrogant. It acts like it’s the most beautiful climb in Victoria. But it really needs to get over itself.

Or, wait, I need to get over Munn?

Which is why I’ve already ridden Munn Road thrice this spring. And I plan to do it a few more times ahead of Aug. 18. 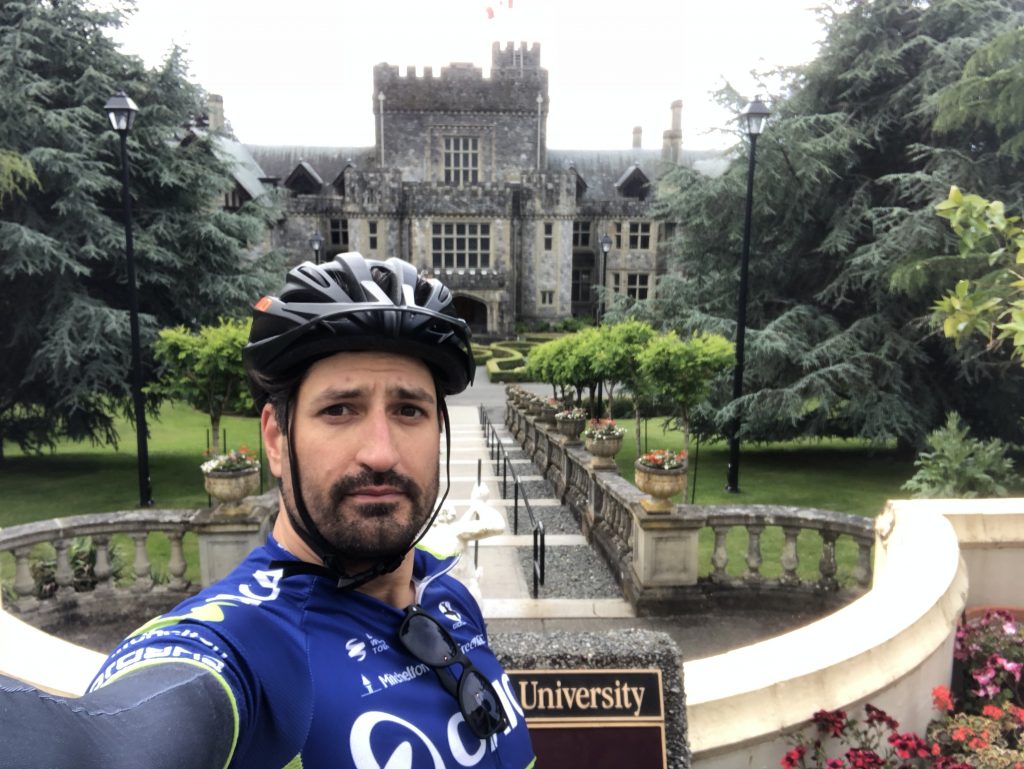 Finding time to ride as a masters student at Royal Roads ain’t easy. But it has to be done.

Munn is a jerk.

Along the TDV Munn Road Strava segment there are a series of flat sections and even descents. But it’s a gut check for joes like me.

I mean, Munn is just as rude as it is arrogant. It acts like it’s a big deal, but, like, there’s no view of the ocean. I mean, come on, it’s Vancouver Island, why would I bust my hump for 3.6km to hit a peak that has a view of nothing but boring cedars, as far as you can see. Just cedars. I mean, seriously, you’re sucking wind and all there is to see are thousands of massive air-cleaning cedars, filtering the purest air on Earth. What a drag.

Thing is, you don’t need to ride Munn more than once to build a relationship.

Munn knows I’ll be back. And even as I write this I wonder, maybe my next ride, if I just jump back into the big ring on those two descents, I can shave 30 seconds.

Behind Munn Road: The TDV 140km and 160km have big climbs before Munn, but if you’re doing the 140km, you won’t hit Munn until you’ve done 90, which is a significant marker.

Munn carries an average of 4% grade over 3.6 kilometres. Beware, Munn sucks you in on winding ramps that you don’t realize are coming around the next corner.

Posted in Blog and tagged tour de victoria, training
← Finding a training incentive can make all the differenceBike trip for 3 weeks in England adds training variety →